Philippine BPO has maintained its reputation as the Business Process Outsourcing (BPO) capital of the world because of low labor costs and high quality labor force. The Philippine Institute for Development Studies (PIDS), released its Policy Notes in January 2017 detailing why the country is a viable option for the growing Australian SME sector.

According to PIDS, one of the biggest advantages of the Philippines is the pool of a well-educated professionals. The workforce increases by 600,000 tertiary graduates each year, including 3,000 public accountants. Another advantage is its proximity to Australia as Filipinos are easily familiar with Australian culture, nuances in language and communication, and the two-hour time difference is a very manageable matter.

The Philippines is a competitive place for offshoring work because of its labor rates, allowing companies a tried and tested opportunity for productivity and profitability. The authors of Policy Notes cited that the labor rates in Australia in 2016 indicated that the bottom 30% of the workforce received an average annual salary of P1.38 million ($36,000 AUD) while the top 10% received P2.05 million ($54,000 AUD). On the other hand, in the Philippines the bottom 10% earned P103,630 ($2,718 AUD), while the top 10% received P308,962 ($8,104 AUD) annually. While BPO rates vary according to client requirements and staff experience, the full cost of an administrative customer service employee, for example, ranges around $15,000 to $20,000 AUD per year, which is less than half the Australian salary for an equivalent job. Median labor rates in the Philippines for a contact center job are about eight times lower than in Australia. 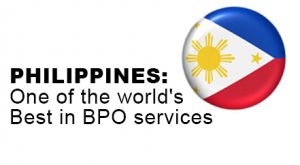 While there are many challenges confronting the Philippine BPO sector, its benefits effortlessly outweigh these challenges as its micro-offshoring services provide a paradigm shift in the ability of Australian SMEs to engage in activities that were only previously accessible to large corporations. These Australian SMEs are also given a chance to gain expertise in business operations in the Philippine context, as well as a chance to shift to other offshoring models such as local incorporation, in the long run. And as the Philippines is preparing for the age of automation, it is pushing for more added values for companies through more sophisticated services that focus on greater productivity and long-term growth.