Outsourcing in the Philippines: Beneficial?

Back in the 1980s, the unemployment rate remains stagnant between 8 to 11%. A few years later, the BPO industry gave the most substantial contribution to economic growth and is accounted for 0.075% of GDP in 2000. Moreover, in 2005, GDP rose to 2.4%. During this time, the number of employees in the BPO industry was more or less one million and is accounted for 27% of all new jobs. In 2016 and in the coming years, it is projected that the BPO industry will have a steady and overall positive growth rate. It is also projected that the industry’s projected total income range would reach a massive $40 to $55 billion by 2020.

The 2015 edition of the Organization for Economic Cooperation and Development (OECD) Outlook for Southeast Asia, China and India forecasted that the Philippines and Indonesia will lead the continuing growth of the ASEAN economies until 2019.  This was included also in the article of Deloitte in its 2015 Competitiveness Report highlighting the fact that it is also the first time in the publication of the 2015 OECD edition that the Philippines had the best growth forecast among the ASEAN-5 countries.

Philippines has been the location of choice for two main reasons: 1.) less operational costs; and 2.) competent service.

There has been a strong stream of Bachelor degree holder and college-educated Filipinos entering the workforce. Moreover, Filipinos have strong competency in American-style English as well as a strong familiarity with the culture in US, and even in Europe. In today’s time, the Philippines remains a top business process outsourcing (BPO) destination ‘for the estimated $150-billion BPO industry’. 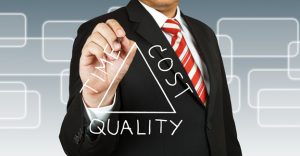 Why Outsource to the Philippines?

Since the early 1990s, the Philippines has been the location of choice for the Business Process Outsourcing (BPO) industry – with a growth rate of 46% per annum. The reason behind the blossoming industry lies in the effectiveness of Filipino call centers – and here are the reasons why:

With history heavily influenced by Eastern and Western countries, the Philippines is the third largest English speaking nation –  not to mention the familiarity of Filipinos with the Western culture. English has been the prime medium of education amongst schools in the country. With years of exposure to Western culture and language, it is not surprising that Filipinos can be fluent call center agents.

Due to some cultural influences, Filipinos have high regards to ethical standards and are known for their hospitality. Moreover, Filipinos are raised in a culture built on good values. Most Filipinos score high in emotional intelligence (EQ) tests and are responsible in the workplace. 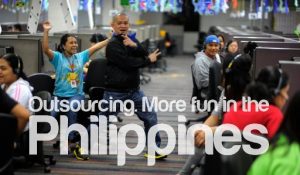 The Philippines Phenomenon in BPO in 2016