Malaysian Firm To Hire 15,000 Call Center Agents In The Philippines

PALAYAN CITY, Nueva Ecija—The city government needs to hire up to 15,000 call center agents to meet the demands of the P1.5 billion, new government center and business hub that is set to operate next month.

Rizza Lao, public relations officer and marketing consultant of Alloy MTD, the Malaysian conglomerate which financed the project, said the two BPOs that will start operating in January can together accommodate 5,000 call center agents.

“The BPOs will have three shifts so that’s a total of 15,000 call center agents,” Lao said, adding the demand for such type of employees is very high.

Lao said because of this demand, Mayor Adrianne Cuevas is having difficulty recruiting the required manpower for the mega project.

Lao said Novo Ecijanos employed in call centers in other areas should seize the opportunity and go back home where they may find gainful employment in the twin call centers, which are being compared to the 20-hectare UP-Ayala Land Techno Hub along Commonwealth Avenue, Diliman in Quezon City.

Each call center agent, she added, stands to earn a minimum starting salary of P15,000 a month.

Lao accompanied Alloy MTD officials, led by MTD Philippines president Isaac David, in the ceremonial turn-over of the government center and business hub to the provincial government represented by Gov. Czarina Umali and the city government led by Cuevas last Wednesday at a 3.4-hectare site in Barangay Singalat in this once laid-back provincial capital located 130 kilometers north of Manila.

A brainchild of Umali’s husband, former three-term governor Aurelio Umali and Cuevas, the hub started construction in 2015, and now consists of the five-story government center and a 75-room hotel, which will open on January 31.

The project is considered a “city within a city” with a one-stop shop, and is adjacent to several structures already in place, such as the Provincial Capitol and City Hall, the new onion cold storage plant, the provincial conven

Alloy MTD, the Kuala Lumpur-based conglomerate, built the facility in an area spanning 37,500 square meters in a joint venture with the provincial and city governments.

Umali said at the heart of the project is the government center, which will be occupied by national offices that are moving from Cabanatuan to Palayan City, part of efforts to consolidate all services, both national and local, in one location, to provide better service to the people.

The project will also house a 7,500-square meter central plaza to serve as main activity center with a substation connected to the Luzon grid, ensuring stable and sufficient power. The provincial government has secured a direct connection approval from the Energy Regulatory Commission (ERC).

Liquefied petroleum gas-powered standby generators will be installed as base load support for the power requirements of the multi-story buildings.

Another 3,000 jobs will be generated in the operation of the hotel apart from the call center jobs. 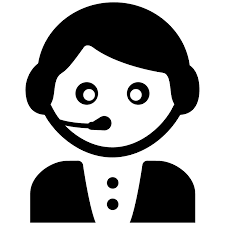 To make it accessible to other towns and cities, the Palayan city government will set up a central transport terminal in the business hub.

One response to “Malaysian Firm To Hire 15,000 Call Center Agents In The Philippines”

We have observed over the years of operating our own call center in the Philippines that many of our successful clients wanted to be very hands-on in managing their campaigns.Know more about our company and visit www.outbounders.com

Best Vampire Series You Can Watch During Rest Days