You are here:
Lifestyle

The topic about HIV in the Philippines is no laughing matter. Actually, it is a very serious matter especially when the number of HIV cases in the call center industry is on the rise

In a recent report, the Philippine General Hospital (PGH) said the number of Filipinos infected with HIV (human immunovirus) rose dramatically in the past 10 months and now includes young urban professionals such as call center agents. HIV is the virus that causes AIDS (Acquired Immune Deficiency Syndrome).

This is old news. The story in fact was published some time in 2010. Since there’s no known cure for HIV’s up until the time of this writing, I can only assume that either the numbers are the same (highly unlikely), or going up. After 6 years, try to do the math. “This is a concern among call center agents in the Philippines.” It is also a stigma that we need to debunk… right away.

It no secret that call center agents earn more than the average joe which means, we have more money at our disposal. That also means more out of towns, overnight swimming and team buildings, partying with strangers that may lead to one night stand, more money to hire “hookers” (for some) and drugs, for some. 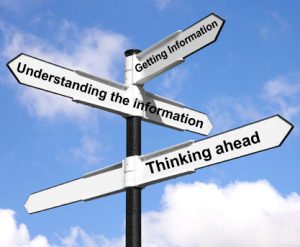 Apparently, this is one of the rationales used why the government in encouraging BPO companies, large and small, to raise awareness about STD’s/HIV/AIDS among call center agents. There’s a vast number of young people among call center agents, they seem to think that they’re prone to doing stupid things like engaging on “one-night stand” that is unprotected, Hook up in bathrooms, parking lots, stairways and fire exits. For those who’ve not worked in call centers, there are CCTV’s and security guards are very active at night simply because the people who they’re guarding and protecting all work at night.

Dr Joven Cuanang, neurologist and chair of a private hospital in the Philippines, said that because of the growing incidence of HIV, the medical community feels the urgent need to raise the public’s awareness of the issue, adding that ‘It’s already an epidemic.’

Cuanang explained that in his hospital, St Luke’s Quezon City, the top three neurologic complications of HIV are infections of the central nervous system, malignancies and lymphomas. Other HIV-related complications on the rise include dementia, viral infections and neuropathies.

According to Cuanang, healthcare workers are becoming more and more aware of the problem and he stresses that most cases of HIV/AIDs are preventable by
good health education.

Halloween celebrations around the world
November 4, 2016