Global Outsourcing Firm And IT Services Infosys Ltd may end the practice of giving an annual revenue forecast because of the difficulties associated with estimating how much its US clients will spend, especially after Donald Trump became president.

For the first time since Infosys started giving a revenue growth outlook in June 2001, the company’s board is debating if the company can predict its own business amid uncertain client spending, according to two executives directly familiar with the development. Both executives said that a decision has not been reached for now.

“The principle of guidance has always been to share with the market what we see. So, if today we have complete uncertainty about the next six or nine months, and there is complete unpredictability, then it will be misleading to give a guidance,” said one of the executives, both of whom spoke on condition of anonymity. “Have we reached the point? Well, looking at the things over the last two quarters, and as we are moving in the Trump era, with policy changes in the works and when there is uncertainty among clients, our visibility is a lot less. We will still see how things shape up in the coming month before coming to a decision.” 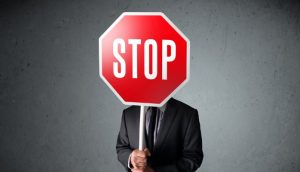 Infosys, which ended with $9.5 billion in revenue last year, used to give both a quarterly and yearly guidance until April 2012. From July 2012, the company discontinued giving a quarterly revenue target. Since then, Infosys’s management has only shared full-year revenue growth forecasts, which too the firm has stumbled to meet in recent times.

“This is completely baseless and speculative and no such decision has been taken by the company,” said a spokeswoman for Infosys.

On frequent changes in the guidance, the spokeswoman said: “Whenever the business outlook is dynamic, many companies revise guidance as has been seen this year. Several of our peers and Nasscom have revised guidance. The company has changed guidance multiple times in a year in the past as well, whenever the business environment was dynamic”.

Under chief executive Vishal Sikka, Infosys is finding it equally arduous to get right its full-year revenue forecast. Save for Sikka’s first full quarter as CEO in October-December period of 2014, Infosys has tweaked its annual forecast at every possible quarterly earnings announcement.

Last month, Infosys scaled back its growth forecast for the third straight time, expecting now at-best dollar revenue growth of 7.6% in the current year, meaning the firm has shaved $588 million off the $1.31 billion in new business it had expected to do this year in April, when it had guided for at-best growth of 13.8%.

Over the past two years, global macroeconomic uncertainty brought in by political developments (such as Britain’s decision’s to exit the European Union last year) and cross-currency fluctuations have made firms like Infosys reconsider whether forecasting sales is viable.

In February last year, Nasdaq-listed Cognizant Technology Solutions Corp. departed from its practice of giving a specific expected annual revenue growth and rather started specifying a range instead.

Still, Cognizant and Accenture Plc are two technology companies which continue to give both a quarterly and a yearly forecast.

“We have political uncertainty. The US is very clear where it plans to go. The rest of the world is just very uncomfortable with the changes,” said Ray Wang, founder and chief executive of Constellation Research, a technology advisory firm.

“IT outsourcing business faces three challenges. First is that newer technologies like artificial intelligence are disrupting the traditional model and this will mean there will be further consolidation among IT vendors before supply and demand are equalized. Second is the ability to shift from time and labour to product and marketplace innovation. Third is that uncertainty in what the new post-world order will look like, despite the US projected to lead the world out of recession,” said Wang.

However, equity analysts believe any such decision by Infosys’s management to do away with guidance will be tricky, especially since the firm has repeatedly outlined its 2020 targets, which include $20 billion in revenue, 30% operating margin and revenue per employee of $80,000 by March 2021.

“Agreed, IT companies’ visibility in business is far less and one does not want to further lose credibility in guidance setting. But guidance is important for investors to know where you stand from strategy and how it is playing out if you are to keep up to your 2020 targets,” said a Mumbai-based analyst at a domestic brokerage.