Christmas Movies To Watch On Days Off Part 1

You are here:
Outbounders TV

The holidays can be incredibly stressful, but there are few things better than gathering around to take in a great film on Christmas Eve and/or Christmas Day. Whether you’ve got a belly full of delightful treats or an adult beverage in hand, sitting back with the people you love most to share in the experience of watching a great film is a swell way to de-stress.

Which is why we compiled a list of the best films to watch on Christmas. Whether you’re looking for something family-friendly or a more non-traditional pick, we’ve got you covered. To help you map out your holiday movie mega-marathon, we’ve put together a list of 5 Christmas movies that are the perfect way to distract yourself from the turn of another year, the office white elephant party, and your uncle’s infamously lethal fruitcake.

So peruse our suggestions below, and Happy Holidays! 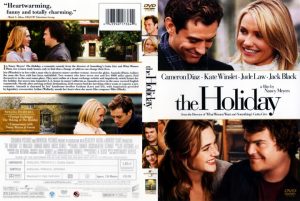 Before there was Airbnb, there was Nancy Meyers’ classic film The Holiday. Proving sometimes there’s no place like not home, Iris and Amanda swap a quaint English country house for a luxurious L.A. pad and both find in the other’s life what they were missing in their own. Because who could say no to a kiss with Jude Law underneath the mistletoe? 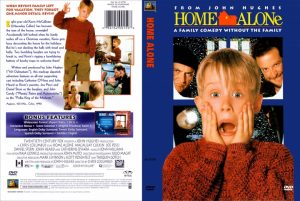 In case you have somehow missed the cultural phenomenon that is John Hughes’s zany Christmas caper, it stars Macaulay Culkin as a boy who is accidentally left behind when his family goes to Paris for the holiday. As his parents struggle to get back to him, he ends up having to defend his home from robbers (Joe Pesci and Daniel Stern) who are determined to make their own Christmas cheer by stealing everything in the house. Wacky hijinks of the most memorable kind 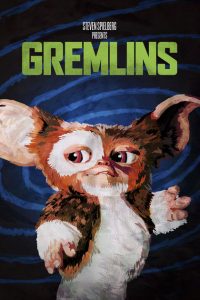 There are three rules to properly care for a mogwai: keep it out of the sunlight, don’t get it wet, and don’t let it feed after midnight. When the first rule is broken, bunches of cute furballs are produced (and… commerce! That’s the American way). Once one mogwai becomes many, a struggling father starts to think of the profit that could be made by producing and selling them. The furballs reproduce like mad. But they also break the second rule because they got the midnight munchies. Then they turn into scaly monsters.

Okay, you’ve memorized that goofball set-up, but watch it again to remind yourself that Gremlins also throws in some character rants about foreign manufacturing and local real estate moguls ruining the small town. Gremlins is a really fun flick that uses mass production as a way to explore both an older generation’s nostalgia and a new generation’s paranoia. And here you just thought it was a goofy Christmas movie. – Brian Formo 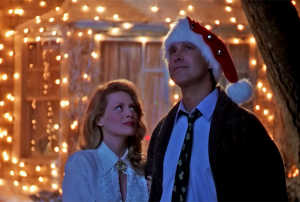 Christmas is a time to come together with family, to celebrate the warmth of togetherness with the giving and receiving of gifts. At least that’s the idea. In actuality, Christmas can be an incredibly stressful affair, from eccentric relatives to last-minute shopping to cooking dinner for umpteen people without ruining a single thing. This is the Christmas that the comedy classic Christmas Vacation embodies—the truth of the holiday, where execution doesn’t always meet the idealized version of Christmas, but the most important thing remains: Christmas lights everywherebeing with the people you love. – Adam Chitwood 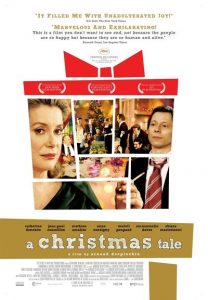 There are as many stories of family coming together during the holidays as there are ones about families picking at each other’s bones, and yet there aren’t many films that dig into the latter in any particularly insightful way. Arnaud Desplechin’s delirious, generous, and emotionally effective A Christmas Tale would be a rare, borderline miraculous exception, diving deep into the tangled, abrasive relationships of the Vuillard family, headed by grandmother Junon, played by the majestic Catherine Deneuve. The entire family is haunted by the death of one of Junon’s children, the end result being that Mathieu Amalric’s Henri is passively blamed for the death and has become the monster that the family all perceive him to be.

The relationships are thick yet kinetic in their complexity, with excellent performances from a bounty of thrilling French actors. The real joyous experience of Desplechin’s holiday wonder, however, is in the variety of pans, close-ups, long takes, expertly timed cuts, and cinematic tricks that the director deploys. There’s a wild, consistent pulse of life and style to A Christmas Tale that doesn’t dither even in his most audacious moves – breaking the fourth wall, stock change-up, etc. – and each one of the filmmaker’s bolder moves comes to reflect the emotional challenges dealt to them by their kin, their issues finally strung together like glittery tinsel. – Chris Cabin

How To Be Near To Perfect Customer Service Representative
January 23, 2018

Call Center Tips: How To Stay Healthy Working In A Night Shift
January 10, 2018