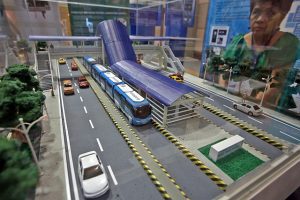 Cebu City- The Department of Science and Technology will provide electronic train for call center agents in the city.

Joel Yu, point person for business and economic development of Mayor Tomas Osmeña, said that E-train would be useful to address the need for transportation of call center agents.

During the City Government’s meeting with business process outsourcing (BPO) and information technology representatives last week, Mayor Tomas Osmeña’s point man for business and economic development, Joel Mari Yu, said the trains will be used as added transportation services for the workers, aside from the buses from Ceres Tours and Cebu Holdings Inc (CHI). 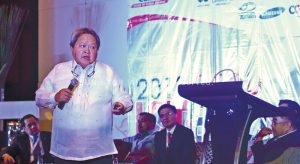 “We’re seeing this as one of the possible ways to which we can assist the transport needs of call center agents.We’re going to have an intensive study on this, including the space needed and how to maneuver it. It’s really something very useful and helpful,” he said.

A study conducted by CHI showed that out of 8,000 BPO workers in the city, 3,480 ride public transportation to and from work.

Yu said that there are 160,000 call workers directly employed by 349 BPO companies in Cebu City alone.

Provided by the Department of Science and Technology (DOST), each e-train has five detachable coaches, each capable of accommodating 60 passengers.

However, DOST will only send out three coaches, which may be increased, depending on the test results.

In an interview yesterday, Cebu City Transportation Office (CCTO) head Atty. Rafael Christopher Yap said the trains are part of the memorandum of agreement signed last year between the City and then DOST Secretary Mario Montejo.

The agreement provides that the City Government conduct a field test of the trains to see if it is feasible in the city.

“Right now, we have no plans to impose fare. The test will run for a year. As for the routes, we’re coordinating with the BPO industry as to where the best demand needed for the system is. Yu is taking care of the destination,” Yap said.

As the test runs, the City will market the technology to the private sector who is interested in building and operating the system.

At the end of the test, the units will be returned to DOST. However, if deemed necessary, the test course may be extended.

“This is not proprietary. It was part of our report sent to the new administration under CCTO’s projects. Given the mayor’s consultation with the BPO industry, it was suggested that the trains be used to keep the workers safe,” Yap said.

The drivers, who will be hired by CCTO, will undergo driving and maintenance training for free.