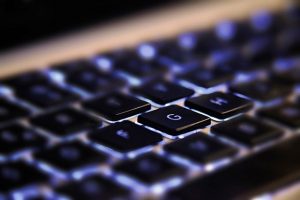 American customer service software firm Zendesk has opened a new office and Customer Experience Hub in Manila that will serve its growing customer base in the Asia-Pacific region.

Michael Svane, founder and CEO of Zendesk, who was in town for the inauguration, emphasized the importance of the local office to the company’s operations in the region, which has been growing over 35 percent year-on-year.

“We see it less as outsourcing and offshoring as we have a global market today. We have a thriving market here and in Southeast Asia and the Asia-Pacific region and to service that market we need to be here. We need to be close to our customers and service our customers,” he explained. “We think that the notion of outsourcing and offshoring is going to change and investing in resources and teams around the world where you have customers makes a lot of sense.”

Zendesk opened its Manila office in 2014 and has since grown its number of employees by over 50 percent. Initially, the team was focused on sales, support, and pre-sales. Svane disclosed that the office is also now one of its global engineering centers as well as a network operating center in charge of technical operations for APAC. At the same time, its local sales operations have been expanded to service the entire region.

Zendesk has four other offices in the region.The Asia-Pacific Development Center based in Melbourne, the APAC commercial headquarters in Singapore, and a sales office in both Tokyo and Bengaluru.

The San Francisco-based company reported $312.0 million in revenues for the year ended Dec. 31, 2016, an increase of 49 percent over the prior year.

Not bad for a startup company in 2007, which according to its website “was started in a Copenhagen loft by three friends who used an old kitchen door as a desk.”

Ten years down the road, the founders’ vision of “wanting to bring a bit of zen to the chaotic world of customer support through software” is still standing on solid footing.

“The world of customer service has really changed since we founded this company almost 10 years ago, but we think businesses are taking customer service more seriously now because it is really tied to business growth,” Svane said.

With 14 offices around the world and counting, the company is unfazed by emerging technologies such as artificial intelligence, machine learning and chatbots that are expected to have a big impact on customer service in the next few years.

e and empowerment. “It is something that we are very excited about and we see it changing the world of customer service over the next five to 10 years and we are investing in it,” he said. “It’s another one of the projects we are actually running out of the APAC region and we think that it will help us make much more informed conversations and interactions with customers.”

As part of the opening of the new office located at the Bonifacio Global City, Zendesk also launched the Zendesk Neighbor Foundation in partnership with Hands on Manila, an umbrella organization that works to connect volunteers with a variety of non-profit organizations.

“This year, the foundation is planning to give approximately P4 million in grants and the local team has committed 1,000 volunteer hours to support local causes,” said Tiffany Apczynski, VP for publicity and social impact at Zendesk.

Modeled after the Zendesk CSR program in San Francisco, the volunteer commitments of employees will focus on charities that promote workforce development and technical literacy, as well as improve education and professional development for underserved youth.