International BPO Company To Outsourced More Jobs In The US? 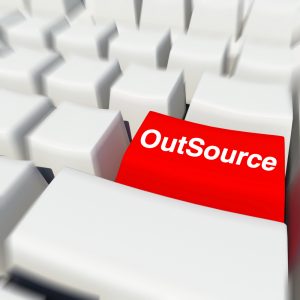 Amid several more contentious labor negotiations, international BPO company  AT&T and its biggest union announced they had settled terms early for a unit that covers 20,000 workers in the south.

The Communications Workers of America and AT&T said they had struck a tentative four-year contract deal for workers in the company’s wired telephone, cable, and Internet business in Arkansas, Kansas, Missouri, Oklahoma and Texas a month before the old contract expired. A key piece of the deal, which still must be approved by the workers, is a promise by AT&T to hire 3,000 people locally for jobs that have been previously outsourced, mostly overseas.

The agreement comes as AT&T is facing tougher talks with the CWA over contracts that have already expired for 21,000 workers in the company’s wireless business and 17,000 workers in the phone, Internet, and cable units in Nevada and California. While negotiations continue in those cases, the workers have been protesting around the country and authorized a strike, if necessary.

But AT&T has had mostly good relations with its workers in recent years–unlike Verizon Communications (VZ), which suffered a bitter, seven-week strike last year.

Friday’s announcement marks another in a long line of successful deals. Since the start of 2015, AT&T (T) has completed 28 straight deals with its unions, covering 123,000 workers. The last strike at the company was in 2012, and just for two days.

Under the deal announced on Friday, workers will get wage increases totaling over 11% over the four years and two weeks of paid parental leave for mothers or fathers, AT&T said.

The CWA highlighted that the deal included “affordable” healthcare plans, one of the sticking points in the two more contentious negotiations. But the commitment by AT&T to hire locally for jobs previously outsourced may have been just as important.

“AT&T is underestimating the deep frustration wireless retail, call center and field workers are feeling right now with its decisions to squeeze workers and customers, especially as the company just reported more than $13 billion in annual profits,” said Dennis Trainor, who is vice president of CWA District 1, in a statement last month.